Ravens have been in the Tower since it was built. They are the kings of the Tower and the guardians, as the saying goes: “If the ravens leave the Tower, the kingdom will fall.”

According to the legend, it was King Charles II who ordered to protect the Ravens. There are seven ravens to guard the Tower (six plus one – and there are more – spare). 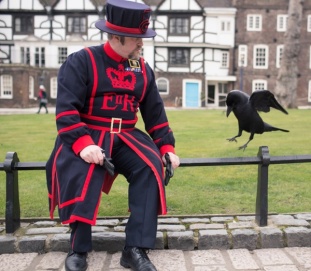 It is the Raven Master who looks after the Tower ravens, moreover, the ravens only respond to him. All of our ravens are bred in captivity, not taken from the wild. To prevent the ravens from flying away, their lifting feathers are trimmed by the Raven Master. This procedure does not hurt the birds in any way, but by unbalancing their flight, it ensures they stay safe and do not stray far from the Tower. Look carefully and you will see the ravens’ graveyard and marker in the south moat (visible from the Middle Drawbridge). This is a great indicator of the respect in which they are held at the Tower.

Despite their having one wing trimmed, some ravens do in fact go absent without leave and others have had to be sacked. Raven George was dismissed for eating television aerials, and Raven Grog was last seen outside an East End pub.

The ravens at the Tower eat 170g of raw meat a day, plus bird biscuits soaked in blood. Generally, a raven that comes from the crow family (and is its largest member) lives for 12-15 years, but at the Tower, a raven lived even up to 44 years. 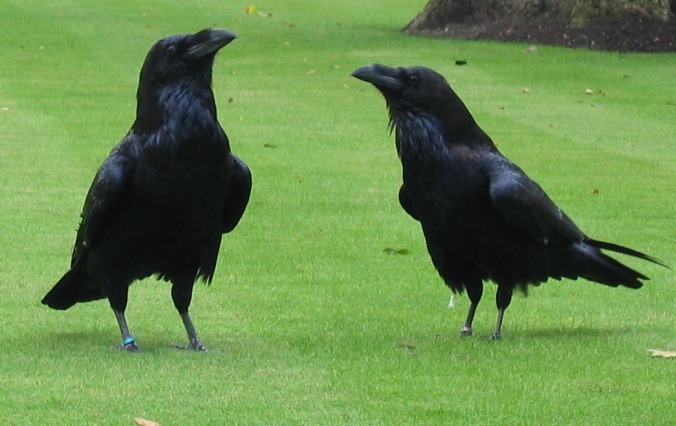